The One-Week-Projects are small fully playable games which are created within a week.
Note: This site may take a while to fully load its content.

This is the second project. It is a very simple turn based RPG. You roll the dice and move around on the map and if you run into an enemy, you enter the battle mode, where you have to fight that enemy in a turn based battle.

Use multiple Display regions and cameras to render main game and info part separately. It also has multiple mouse handlers to handle each region individually 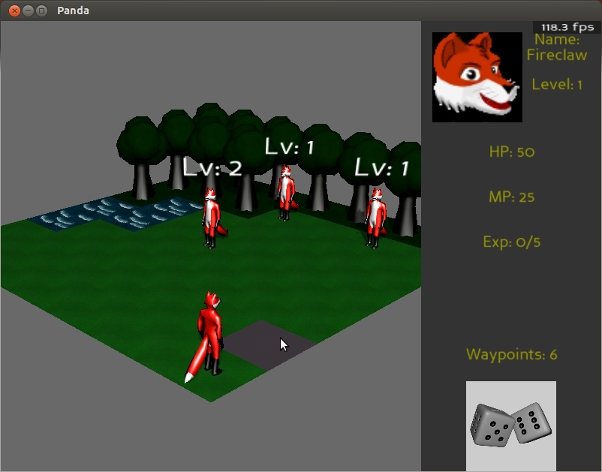 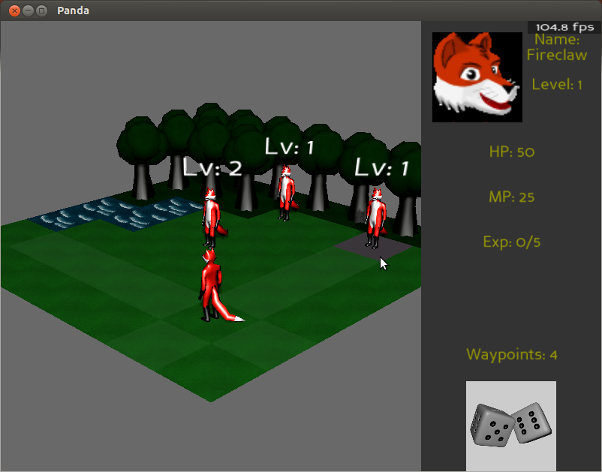 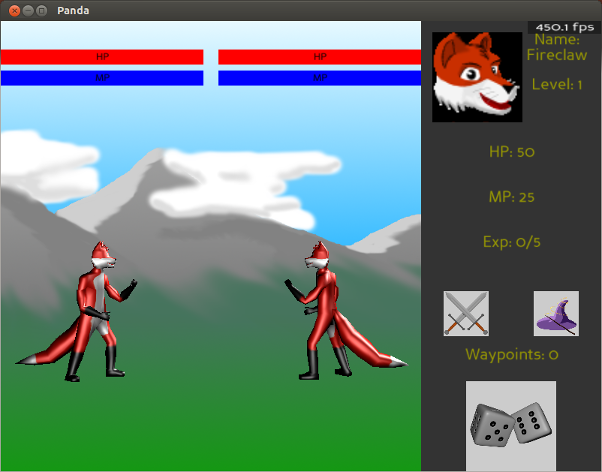 To play the game you need to install the Panda3D runtime. You can download it from here: Panda3D Runtime

Note: the game will store the highscore on your PC in a folder called .quickRPG in your home folder

The game is mainly controlled by the mouse cursor.
First hit the dice button in the bottom right corner of the window, then select a point on the map where you want to go. Your waypoints will only be lowered by the amount of fields you move and you have to use all of them until you can throw the dice again. If you move to a place where an enemy is positioned, you'll aoutomatically enter the battle mode.
In the battle mode, first select your type of attack by hitting one of the two appeard buttons over the Waypont text. Then click on the dice button.
Note: magic attacks will need MP which will be refiled after each battle

Hit esc to quit the game

To win the game fight all the enemies on the map

Play the game online via the Panda3D web plugin